THE MONSTER IN THE CLOSET

I just woke up from a nightmare. Not about ghosts, being buried alive or drowning in the middle of the ocean. My monster was...a deadline! 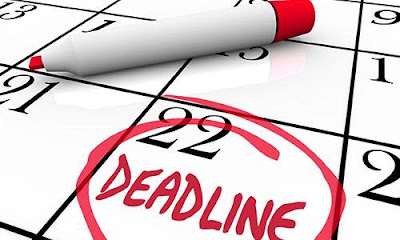 In my dream, a well-connected writer friend told me to pitch her an engaging project for a children's magazine, like OWL or National Geographic Kids. In a matter of minutes, I conjured up a story about a brother and sister, two Dora the Explorer types, who learn that their parents, adventurous treasure hunters, like Indiana Jones and Lara Croft, had gone missing in Europe a few days earlier. Kids reading the magazine had to study and rake through every page of the magazine for clues about where their parents might be. It was a clever way to get kids to read all of the articles and study all of the pictures and advertisements (most important), and then formulate potential hypotheses about where the parents might be, based on about 15 clues sprinkled throughout the magazine.


"Brilliant," said my writer friend, and then went straight to her magazine's publisher, an Anna Wintour/Rupert Murdoch type, with my pitch.


A few hours later, my friend came back and said: "My publisher loved your pitch. Can you have the entire story and game plan, including character mock-ups and all of the written and visual clues, worked out and emailed to her by Sunday night? She wants to read a detailed pitch on Monday morning."


My friend started to get really nervous and agitated, reminding me that she put her own job and reputation on the line by vouching for me (a moderately successful writer/journalist) with her employer, and promising that I could deliver. She even went so far as to say that, if I screwed up this opportunity, I'd probably never get a staff position or freelance writing gig at any of the 20+ newspapers, magazines, TV news outlets (like CNN) or online resources (e.g. Huffington Post) that this publisher/mega-mogul owned.


I tried to shrug off my friend's doomsday prophecy but she really put the pressure on, to the point where I almost started to cry. That's when I woke up.