Back in the early 1990s, when I was toying with the idea of becoming a full-time professional writer, I was dabbling in both screenwriting and hard news journalism. Practicing both trades, simultaneously, to see where my talents were best served. In 1992-’93, I was a huge fan of a TV series, called Forever Knight, about an 800 year-old vampire who seeks redemption for centuries of killing by becoming a Toronto homicide detective, bringing murderers to justice, while trying to find a way to become human, again. It was Canadian, so, low budget. But they did the best they could with the money they had, and I loved the show so much I decided to invest some serious time and effort into writing my very first spec script for it, with little expectation that I would ever get a freelance TV writing gig from it.


My idea was for Jack the Ripper to show up in present day Toronto, with Detective Nicholas Knight on the hunt for this immortal serial killer of street prostitutes, some of whom Nick regarded as friends (he was non-judgmental like that).


I was pretty fearless, back then. A shit-kicking trouble-maker who liked to rock the boat, fight the system and root for the underdog. That defiant attitude occasionally got me into trouble with law enforcement — which is why I was leaning towards a career in journalism. I wanted to stick it to The Man, as they say. But, for the moment, it was screenwriting that interested me, and if I was going to write a TV script about prostitutes working in downtown Toronto, then, I’d better do some proper research. And by “proper” I mean drive to Toronto and spend a weekend posing as a prostitute in the downtown core, observing, listening, taking mental notes of conversations between pros and johns, pros and their pimps etc. I was married back then, so, my husband was less than thrilled that I intended to put myself in serious danger by going undercover. But he knew he couldn’t stop me, so, while I walked up and down the same block on Church Street, from midnight to 3 a.m., one weekend in June, he followed me in his car, ready to pull me inside if it looked like I was in trouble. 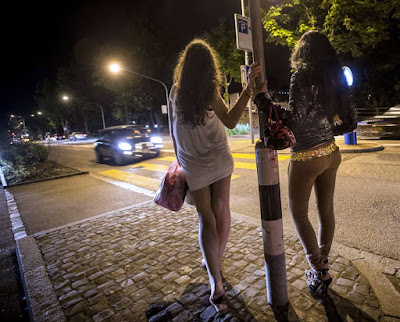 It was an eye-opener, witnessing what those poor women went through every night. But what shocked me the most was learning that some of those girls, in skin-tight clothes and 6” heels, selling themselves on the streets for $50, weren’t much more than 12 or 13 years old. It sickened me but I couldn’t really do anything about it. Not right then, anyway. So, with pages of notes in-hand, I went home and started writing my spec script for Forever Knight. It was ¾ finished when the show was cancelled, in 1996. By then, other projects and responsibilities — and the pending demise of my ten year marriage — forced me to tuck it into a box and prepare myself for life as a single woman, with thousands of dollars in monthly bills to pay. That’s when I switched to journalism, writing freelance articles for newspapers and magazines, while trying to launch my company, P.A.Plus.


In 2001, seeking inspiration for stories to write, I started rummaging through my box of unfinished writing projects and found the spec script for Forever Knight. It reminded me of the night I spent posing as a street prostitute, and how infuriated I was to see children selling their bodies to fat, disgusting old men, while their pimps observed the goings-on, nearby. It lit a fire of determination under my ass and I decided I was going to write a story about Canada’s prostitution and child sex trade industry, going undercover in Toronto, once again, to get the research I needed to substantiate a story that could, potentially, go international, thanks to the internet. This time, I was going to be wired with an audio recorder, have a cell phone in my pocket — and a knife tucked under my very short skirt. 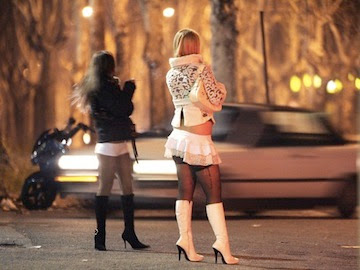 I spent three long nights walking the downtown streets, pretending I belonged, acting like just one of the girls, so, no one would get suspicious. I got names, memorized the faces of a few industry pros, pimps and johns, got background info on some of the girls and learned how they were forced or tricked into the lifestyle by men who got them hooked on drugs and, then, turned them out onto the streets to get the money they needed to feed their habit. It broke my heart, hearing about 12, 13 and 14 year-old girls who ran away from a miserable home life, only to end up here, frightened, hungry, cold and alone, every Goddamned day of their lives.


I had to do some quick-thinking and fast-talking when men in cars would approach me asking: “How much?” But, despite my efforts to blend in, eventually, the Jamaican gang that managed the block I was working noticed that I was doing way too much talking and not enough fucking. They followed me when I went into a 24-hour café for a quick refreshment and told me that I either start working for them, from that moment on, or I leave their territory, immediately. I was about to fire off on them, going into a rant about their shameful abuse of women, in an attempt to publicly embarrass them in a coffee shop full of people (cuz I’ve been known to do shit like that). But, then, I saw the gun tucked into one of the gang members’ waistband and decided I should probably just get the fuck outta there, ASAP.


So, with stacks of notes, research and statistics, and over a dozen mini-recorder tapes, on my desk, I started pitching every major newspaper and magazine in the country, asking if they’d be interested in hiring me to write an in-depth feature story about life on the streets for young girls who were forced into prostitution. Sadly, the typical response I got was (and I’m paraphrasing): “Nobody cares about underage whores. But, if you can get us an exclusive interview with Kiefer Sutherland...”

DYING TO GET THE JOB

The worldwide problem of weak, starving, nutritionally deficient, anorexic models all starts with the designers. They draw sketches of outfits they’d like to make, using ultra-thin cartoon illustrations of women that are totally beyond any realistic proportions, and because designers envision these clothes on ultra-tall stick figures, they think they only look good on unrealistically tall, thin women. They want to sell their merchandise, so, they make the sample size (the demo piece to be shown on runways and in photo sessions for retail buyers to examine) in size 0, 1 or 2. If a model wants to work, she has to fit into that sample size. So, she’s under constant pressure to eat less than 500 calories, per day, and exercise for 2 to 4 hours, every day. All so she can look like a walking corpse on the runway. 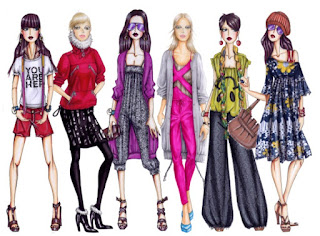 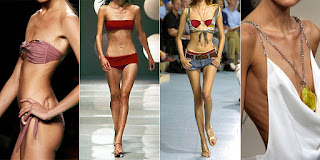 It HAS to stop! Designers would sell a shit-ton more clothes if they designed and manufactured them in the sizes that women truly are in this world, and statistics show that the average North American woman is 5’5” , 160 lbs. (size 14-16). Wake up, designers. YOU are the core of this very serious problem, and the change starts with YOU.