Now that I've been living on Vancouver Island for a few years, I think it's time for me to get back into the dating scene. Nothing serious, mind you. I have no interest in being anyone's steady girlfriend – or casual fuck buddy, for that matter. In the city where I live, it’s virtually impossible to meet good-looking, highly accomplished middle-aged intellectuals who are still single, so, I’ve been checking out a few of the online dating websites. Sadly, I’ve noticed that they typically cater to two major demographics: heterosexual singles looking for love & marriage, and heterosexual singles/married people looking for a brief hook-up with a stranger. Who I am and what I want doesn’t really fall into either of these two categories. Therefore, I’ve decided to post a detailed dating profile on my blog, just to see if anyone out there might be interested. Here goes:


PHYSICAL STATS: 5’1” tall, 180 lbs., hazel-green eyes and an ever-changing hair colour (I get bored fast). No tattoos or piercings in weird places. I have an hourglass figure (46-36-46), however, my boobs swing back and forth across my tummy when I walk without a bra on (just try and get that visual out of your head!). I have pale, near-flawless skin, which I maintain by bathing in the blood of a hundred virgins at least once a month.


PERSONALITY TYPE: I am a high-maintenance alpha-bitch who loves being the centre of attention (it’s my world, you just live in it). I’m highly motivated and ambitious – although I do have a bad habit of procrastinating to the point of not finishing a task in a timely manner (it took me five weeks to write this online dating profile). I don’t like to follow the rules – unless I’m the one that made them – and often think so far out of the box that people are like: “Is she on crack?” I don’t smoke, I don’t do drugs and I rarely drink. I enjoy dancing, yoga and long walks on the beach but am not athletic by any stretch of the imagination. The only way you’ll get me to join you for a run is if we’re heading to a 75% off sale at Aldo Shoes.


RELIGION: I don’t belong to any organized religion but my interests tend to lean more towards Buddhism and Wicca (no, we don’t worship Satan, you moron). I believe in reincarnation of the soul but absolutely do not believe in angels, demons, Heaven or Hell, as described in most religious writings – which are, essentially, just myths and fairy-tales. If you belong to an organized religion, if you pray to and worship a deity, if you are willing to fight, kill or die in the name of some imaginary, all-knowing, all-powerful supernatural being, you are a fucking idiot.


SEXUAL ORIENTATION: I’m bisexual, which means that I am equally attracted to both men and women but – and here’s the big BUT – I don’t often have sexual intercourse. It’s not a religious thing, it’s biological. That's just what my brain and body want. All my girl-parts work just fine, thanks, and I do enjoy a good spanking now and then. I would just rather go shopping or watch a great movie on TV than do the horizontal mambo with someone, five times a week.


PETS: I’m an animal rights activist who’s come close to getting arrested for protecting animals from horrific abuse. I’ve smashed car windows to rescue dogs in 50ºC heat, I broke into a home in the middle of the night to rescue a cat and her newborn kittens who were left to starve and die in the basement, I’ve staged protests/boycotts against Gillette for their ghastly animal testing and helped shut down a puppy mill...Uh, sorry...What was the question, again? Oh, yeah. While I love all creatures, great and small, I have a particular fondness for cats. Right now, I have two adorable furballs. But if I ever own a large home in the country, I intend to adopt/rescue a hundred more, thus becoming the reigning Queen of Crazy Cat Ladies. 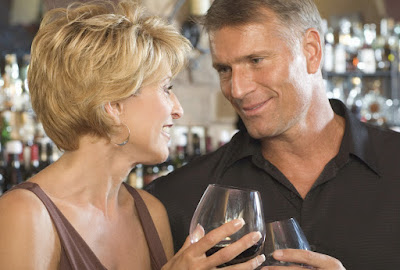 I AM SEEKING: Male or female, non-smoker, age 35-55, for casual dating. You don’t have to be rich, famous or outrageously successful to keep me interested but you do have to be gainfully employed with a steady paycheque, because this mamma ain’t gonna lend you a dime to pay your rent or phone bill, you dig?


Having your own car would be a great asset to our relationship. Having your own Learjet? Even better – although I don’t like to fly or travel. It’s just nice to know it’s there, waiting for us in the hangar, just in case we decide to take a weekend trip to London, Paris or New York.


Do you like cosplay? One of my former boyfriends played a seductive vampire in a mega-hit horror movie back in the 1980s. I’ve got a thing for vampires, so, if you’d like to dress up head to toe in black leather, put on some fake fangs and guy-liner, I would eagerly volunteer to be your “victim”. Another former beau co-starred in Frank Miller’s 300, and I found the gladiator costume he wore to be quite a turn-on. I think we could have lots of fun playing Gladiator & Slave Girl, sometime.


As you’ve probably already surmised from this dating profile, I have a bit of a warped and sarcastic sense of humour, and don’t care too much if I hurt somebody’s feelings while expressing my opinions. Have I scared you off yet? No? OK, well, that’s a good sign. If you’d like to get together for coffee sometime, email me at kellybelly68@hotmail.com (not a real email address, BTW)